Top 10 luxury travel gifts for her this Christmas

When it’s a Monday morning and you’ve just decided that the next weekend cannot be spent in your PJs watching Netflix, the best thing to do is book a flight and get away. 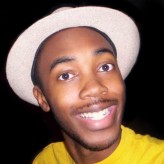 The Louvre or Musée d’Orsay: Which Parisian museum should you visit?